Home > Financial Arrangements > Getting Back Your Bank Charges 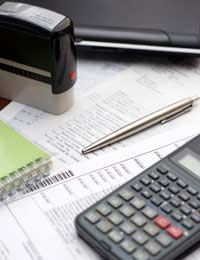 It hardly seems fair does it? You go 20p overdrawn and all of a sudden you find charges stacking up on your account that are completely disproportionate to the amount you 'borrowed' for a few hours.

For a long time banks and financial institutions have been fighting the claims that they are 'ripping off' their customers by charging higher and higher charges for small account infringements and inaccuracies.

Complaints against banks have grown enormously over the last few years and they have been blamed by some for the growing number of people facing financial difficulty; as the charges rack up, people who were unable to pay in the first place grow less and less able to pay them and end up in a spiral of debt from which they can find it incredibly difficult to extract themselves.

It's not that people don't think that they should pay anything at all for going overdrawn, or for forgetting to put enough cash in to cover the direct debits that are due to go out - but if the charges are high enough to be classed as 'unfair' - which some consider £35 for an unauthorised overdraft or missing a direct debit to be, then you are entitled to go through the courts to try and claim your money back.

I Saw This on the News. There’s a Court Case Going on isn’t There?

There is currently an ongoing test case for which the Office of Fair Trading and Banks has been pushing for an outcome. The Financial Services Authority have told the banks and financial institutions that until a decision has been reached, they may put any pending unfair charge claims on hold.

If you do want to put in a claim to get back bank charges that you consider to be unfair, you only have a six year window in which to do so - after that you cannot make the claim. If you are worried about this due to the suspension of claims currently in place by the FSA, the advice is that you should still make your claim and the FSA will not count the time in which the court case was ongoing in that six year period - so as long as your six years wasn't up when the test case started, you should be fine.

Thinking of Claiming Those Charges Back?

If you are thinking of claiming unfair bank charges back, then you should do the following:

Help on the Web

There are a number of sites across the Internet where you can find a wealth of information and advice about claiming back your bank charges.

There are forums to discuss problems that you’ve had with the process and to ask for advice, as well as templates of letters that you can download and send to your bank. If you’re serious about claiming back your charges, these are invaluable sources to check out before you start.

Private Pensions and the Conditions You Should Be Aware Of